A quadrilateral can be classified as follows.

A square is a regular quadrilateral, which means that it has four equal sides and four equal angles. It can also be defined as a rectangle in which two adjacent sides have equal length. A square with vertices ABCD would be denoted ABCD. 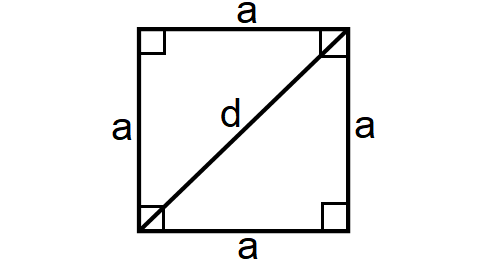 1. All four sides of a square are same length, they are equal

2. Opposite side of a square are parallel

3. All four angles of a square are right angles

5. Diagonals of a square are same length

6. Each diagonal of a square divides its into  two equal symmetrical area.

7. Diagonals of a square intersect its right angles, and share each other half.

8. When the side length is given :

When the length of the diagonal is given :

1. An opposite sides of a rectangle are the same length, they are equal

2. An opposite sides of a rectangle are parallel

3. An adjacent sides of a rectangle are always perpendicular

4. All four angles of a rectangles is right.

5. The sum all of the angles of a rectangle is equal to 360 degrees.

6. The diagonals of a rectangle are equal

A quadrilateral in which the opposite sides are parallel is called a parallelogram.

1. Opposite sides are parallel and equal.

2. Opposite angles are equal and sum of any two adjacent angles is 180°.

3. Diagonals bisect each other.

4. The sum of the parallelogram angles is equal to 360 degrees.

5. Each diagonals divides the parallelogram into two equal triangle.

A rhombus is a simple quadrilateral whose four sides all have the same length. 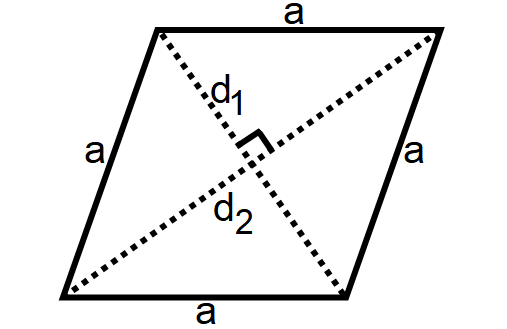 1. All sides are equal and opposite sides are parallel

2. Opposite angles are equal and sum of any two adjacent angles is 180°.

3. Diagonals bisect each other at right angles.

4. The intersecting point of the diagonals is the center of the symmetry.

5. Any rhombus can be inscribed a circle.

1. The legs are congruent by definition.

2. The bases are parallel by definition.

3. The lower base angles are congruent.

4. The upper base angles are congruent.

5. The diagonals are congruent.

1. Two disjoint pairs of consecutive sides are congruent by definition.

2. The diagonals are perpendicular.

3. One diagonal is the perpendicular bisector of the other.

4. One of the diagonals bisects a pair of opposite angles.

5. One pair of opposite angles are congruent.