Let A be any square matrix of order n x n and I be a unit matrix of same order. Then |A-λI| is called characteristic polynomial of matrix.

Characteristic roots are also known as latent roots or eigenvalues of a matrix.

Determine the characteristic roots of the matrix


Multiply unit matrix I by λ. 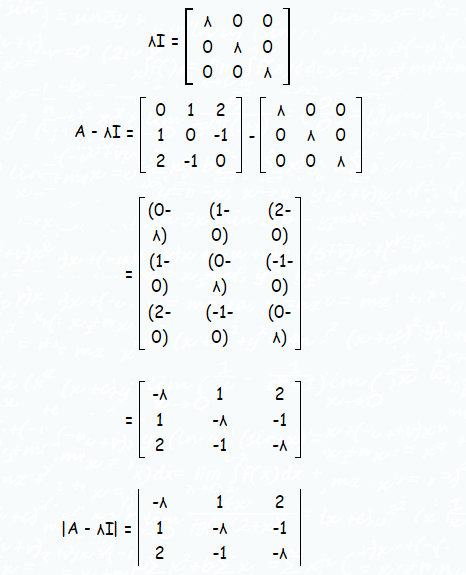 To get the other two roots, solve the resulting equation λ2 + 2λ - 2 = 0 in the above synthetic division using quadratic formula.

Substitute the values of a, b and c in the quadratic formula.