CENTROID OF THE TRIANGLE

The centroid of a triangle is, the point of concurrency of the medians. 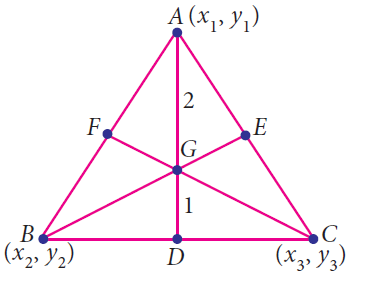 Examples of Finding Centroid of the Triangle Formed by the points

By applying the formula

After having gone through the stuff given above, we hope that the students would have understood how to find the coordinates of the centroid of a triangle with vertices.