The decimal number system that we used everyday contains ten digits, 0 through 9 and the base of this system is 10.

There is another very important number system known as Binary Number System which contains only two digits, 0 and 1. So the base of binary number system is 2.

To avoid confusion while using different numeral systems, the base of each individual number may be specified by writing it as subscript of the number.

In the binary system, only 2 digits are used, namely 0 and 1. The positional values in a base 2 system are ….,

A binary number 11001 (base 2) can be converted into decimal number (base 10) using the method explained below. 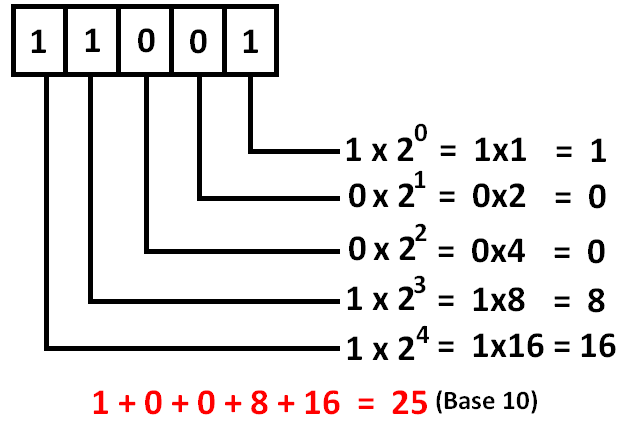 Do you want to check your answer fro the questions like "Decimal to binary" or "Binary to decimal" ?

Please click on the following links to get answer instantly for your questions.