If a straight line is drawn parallel to one side of a triangle intersecting the other two sides, then  it divides the two sides in the same ratio.

Given : In a triangle ABC, a straight line l parallel to BC, intersects AB at D and AC at E. 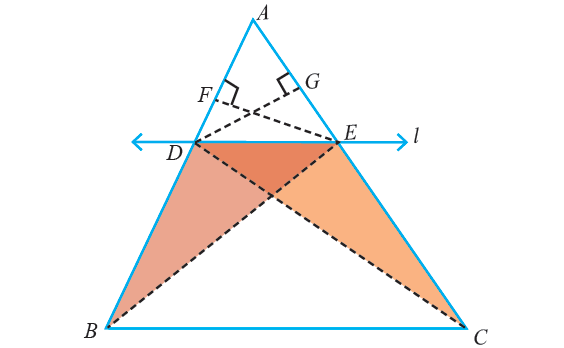 Because EF ⊥ AB, EF is the height of the triangles ADE and DBE.

But ΔDBE and ΔDCE are on the same base DE and between the same parallel straight lines BC and DE.

Hence, the theorem is proved.

Apart from the proof explained above, if you would like to have practice questions on  Basic Proportionality Theorem,