The calculator given in this section can be used to find the volume and capacity of a barrel like shown below. 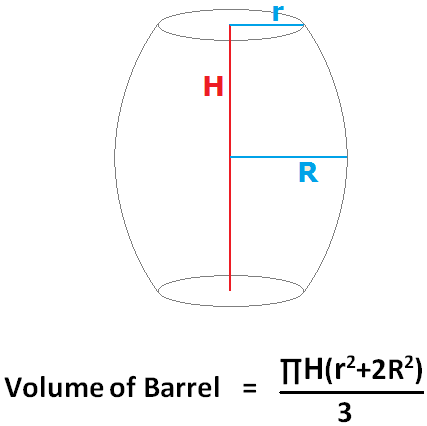