AREA OF TRIANGLE WITH THREE VERTICES

Here, we are going to see, how to find area of a triangle when coordinates of the three vertices are given.

Let us consider the triangle given below. 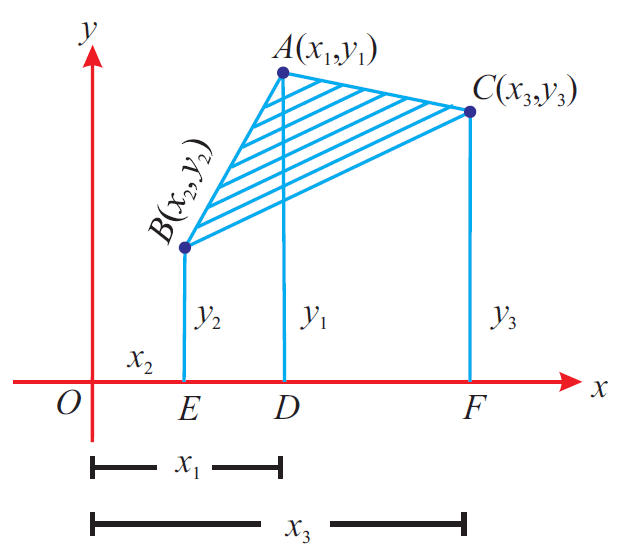 To find the area of a triangle, the following steps may be useful.

(i) Plot the points in a rough diagram.

(iii)  Use the formula given below

And the diagonal products x1y2, x2y3 and x3y1 as shown in the dark arrows.

Also add the diagonal products x2y1, x3y2 and x1y3 as shown in the dotted arrows.

Now, subtract the latter product from the former product to get area of the triangle ABC.

So, area of the triangle ABC is

Find the area of the triangle whose vertices are

Find the area of the triangle whose vertices are

Determine whether the sets of points are collinear.

Because the area of the triangle is zero, the given points are collinear.

Determine whether the sets of points are collinear.

Find the value of p in each case.