The definition of trapezium is entirely different in both US and UK. 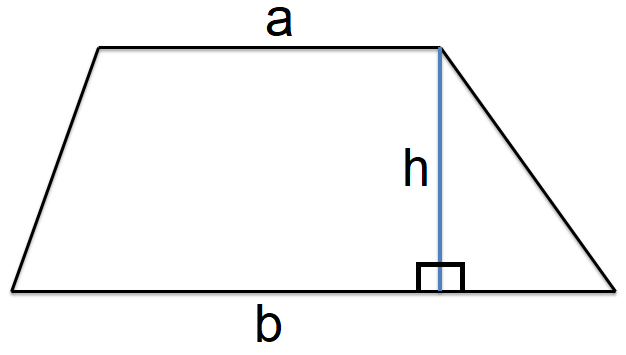 In the trapezium / trapezoid above, 'a' and 'b' are the lengths of the parallel sides and 'h' is the height.

Find the area of the trapezium ABCD shown below. 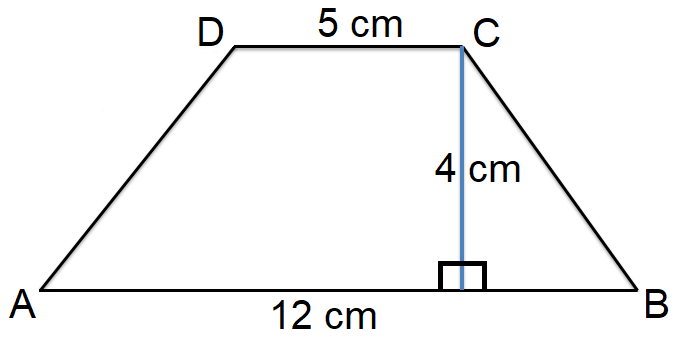 Subtract 2 from each side.

The shape of the top surface of a table is a trapezium. Find its area, if its parallel sides are 1 m and 1.2 m and perpendicular distance between 0.8 m. 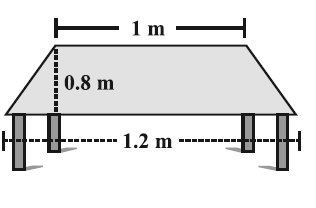 The wall is in the shape as shown below has to be painted. If one can of paint covers 0.5 m2, how many cans of paint will be needed, if only one coat of paint is applied ? 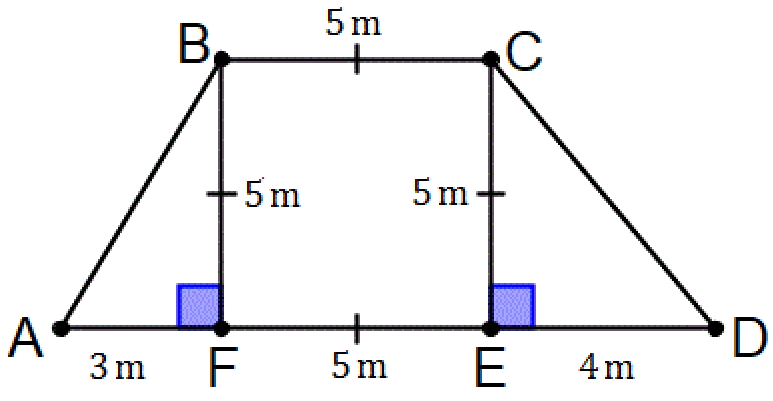 In the figure shown above, the perpendicular distance between the two sides BC and AB at any point is same, which is 5 cm.

Then, the sides BC and AD are parallel.

In the quadrilateral above, because the two sides BC and AD are parallel, ABCD is a trapezium.

Let 'a' and 'b' be the lengths of two parallel sides and.

Area of the trapezium ABCD is

So, 85 cans of paint required to cover the above wall.