Area of an Equilateral Triangle

The area of any triangle with base length b and height h is given by A  =  1/2⋅bh. The following formula for equilateral triangles, however, uses only the side length.

The area of an equilateral triangle is one fourth the square of the length of the side times √3.

Area of the equilateral triangle shown above is

Given : ΔABC is equilateral

In ΔABC, draw the altitude from B to side AC. 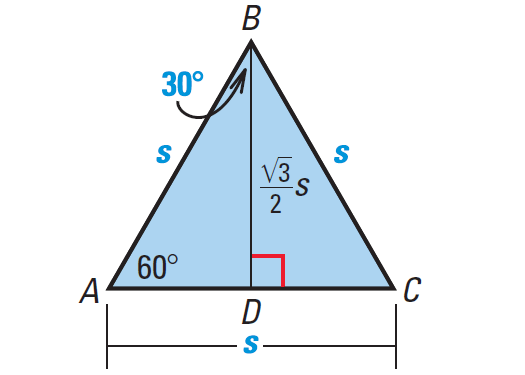 To find the length of the altitude BD, use Pythagorean theorem in right ΔBDC.

Subtract s2/4 from each side.

Using the formula for the area of a triangle.

Area of a Regular Polygon

The area of a regular n-gon with side length s is half the product of the apothem a and the perimeter P. 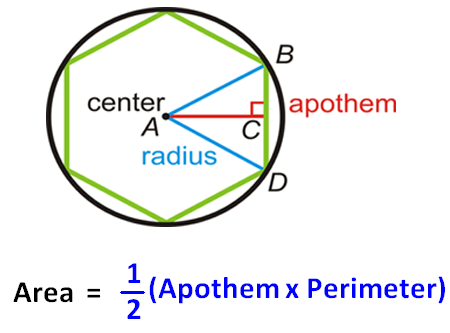 Think of the hexagon ABCDEF as inscribed in a circle. 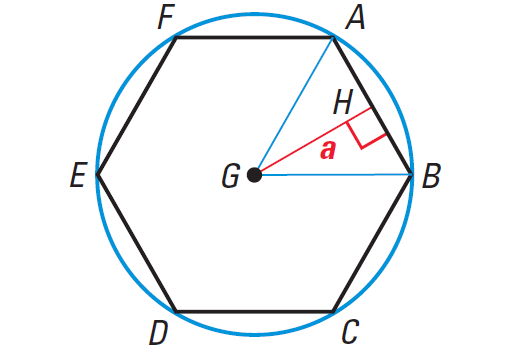 We can find the area of any regular n-gon by dividing the polygon into congruent triangles.

A  =  area of one triangle ⋅ number of triangles

This approach can be used to find the area of any regular polygon.

Central Angle of a Regular Polygon

Finding the Area of an Equilateral Triangle

Find the area of an equilateral triangle with side length 4 inches.

The formula for area of an equilateral triangle is given by

So, the area of the equilateral triangle is 4√3 square inches.

Finding the Area of a Regular Polygon

Find the area of the regular pentagon shown below. 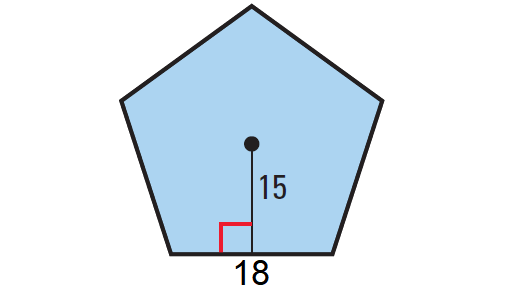 To find area of any regular polygon, we need to know the length of apothem and perimeter.

In the above regular pentagon,

Pentagon has 5 sides. So, the perimeter is

The formula for area of a n-gon is given by

So, the area of the regular pentagon is 675 square units.

To get more problems on area of a regular polygon,