ANGLE OF ELEVATION AND DEPRESSION QUESTIONS

Angle of Elevation and Depression Questions :

Here we are going to see some practice questions on angle of elevation and depression word problems. 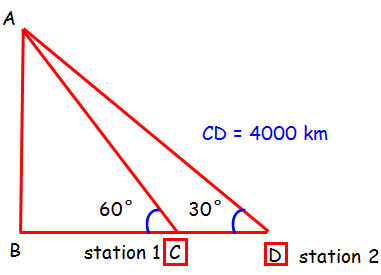 distance between the satellite and earth(AB) = x√3

From the top of a tower of height 60 m, the angles of depression of the top and the bottom of a building are observed to be 30° and 60° respectively. Find the height of the building. 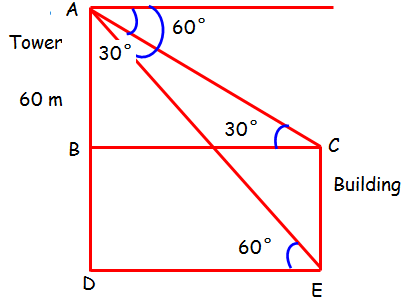 After having gone through the stuff given above, we hope that the students would have understood "Angle of Elevation and Depression Questions".