The internal (external) bisector of an angle of a triangle divides the opposite side internally (externally) in the ratio of the corresponding sides containing the angle.

Given : In ΔABC, AD is the internal bisector of ∠BAC which meets BC at D. 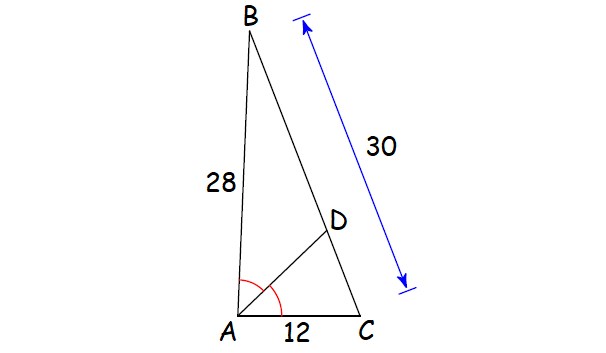 Because CE ∥ DA and AC is the transversal, we have

Because AD is the angle bisector of ∠A,

Thus in ΔACE, we have

(Sides opposite to equal angles are equal)

Given : In ΔABC, AD is the external bisector of ∠BAC and intersects BC produced at D.

Because CE ∥ DA and AC is a transversal, we have

Also, CE ∥ DA and BP is a transversal, we have

But AD is the bisector of ∠CAP,

(Sides opposite to equal angles are equal)

Apart from the stuff given above, if you need any other  stuff in math, please use our google custom search here.