The above rule is applicable for simplifying any two or more integers,fractions and decimals.

Easy way of understanding this concept:

This flowchart will explain you how to handle two numbers with different symbol.

how do you find the sign of answer,when adding integers with different signs?

Note: Always we have to put big number symbol for answer.

What we have to check?

Do we have to add or subtract?

What symbol we have to put for answer?

We have to put symbol of big number. Here the big number is 5 and we have negative symbol for this.

We have explained this concept in the below flowchart. 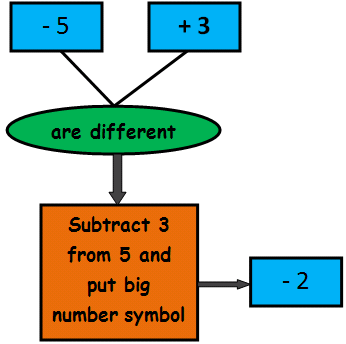 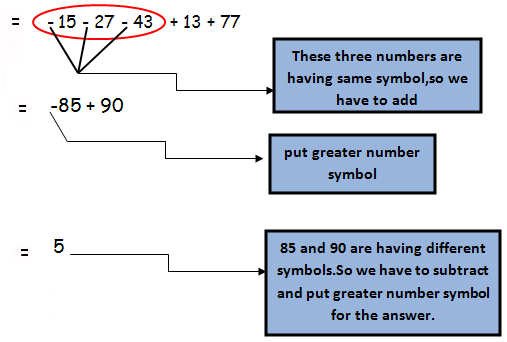 We are doing two different business,in that + represents profit and - represent loss

Different ways to write a number