In the figure given below, there is a function plotted and there are 5 points tabeled A through E drawn. For how many points is y(x) equal to 0 ? 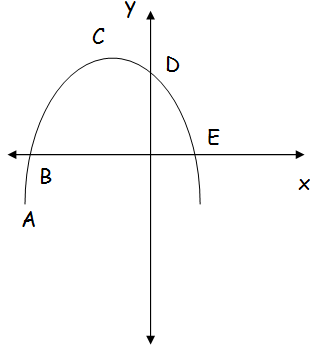 The graph intersects x-axis at two points. B and E are the roots of the function.

At what time on a clock will the hands form an acute tangle formed of 60 degree? 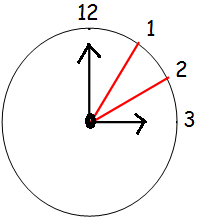 For example, let us consider the picture given above. At 3 PM, it makes an angle 90 degree.

By dividing 90 into three equal parts, we will get each angle as 30 degree. 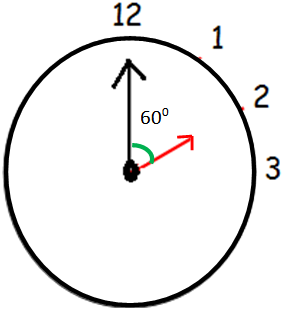 (E)  cannot be determined from the information given.

Let "A" be the event of getting blue marble

The answer to this question depends on the number of blue marbles in the bag. Hence the answer is E.

The eight sided polygon is known as octagon.

Circumference of circle  =  Perimeter of octagon

What is the least integer greater than the greatest integer less than 1.5 ?

The greatest integer less than 1.5 is 1 and least integer greater than 1 is 2. Hence the answer is 2.

What is the area of a semicircle in terms of "t" with radius r. "t" is double the value of π

If F  =  - kx and greater than 0, then what happens to the vlaue of k if F triples  in value and x remains constant.

(E)  cannot be determined from the information given.

If F = -kx, then either k or x must be negative. Since F is greater than 0. We do not know which is negative. So, we cannot determine a definite answer.

Hence the answer is E.

If the length of the side of a square is 7a, what is the area ?

What is the circumference of the dotted section of the circle whose center is O below ? 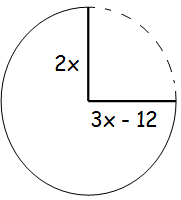 The dotted section is a quadrant. That is, one fourth of the entire circle.