For every room in an office building, there are seven windows. Find the missing value in the table below, using the formula w  =  7r. 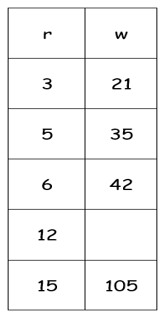 What is the volume of the solid below, in cubic units. 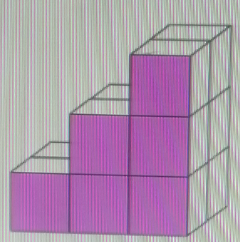 Bose work as a dog walker. He charges fifteen dollars per dog and each day he walks eight dogs. How much would he earn in 7 days ?

Select all the equivalent ratios to 6 : 15

Use the numbers shown to answer the question

Which describes this set of numbers ?

Using the given formula w = 7r

Multiply by 9 on both sides, we get

Total number of cubes in the figure given above is 12.

Number of dogs he gives practice  =  8

So, option C is correct.

By observing the given sequence, it is multiples of 3.

To find the fraction in between the given fractions, let us change the denominators of fraction as same.

So, the fraction lies in between the given fraction is 3/10.