The calculator given in this section can be used to solve the system of linear equations with three unknowns using Cramer's rule or determinant method.

If you get x  =  0, y  =  0 and z  =  0, then the system may be inconsistent or it may have infinitely many solutions. To know more about this, please go through the instructions given below. 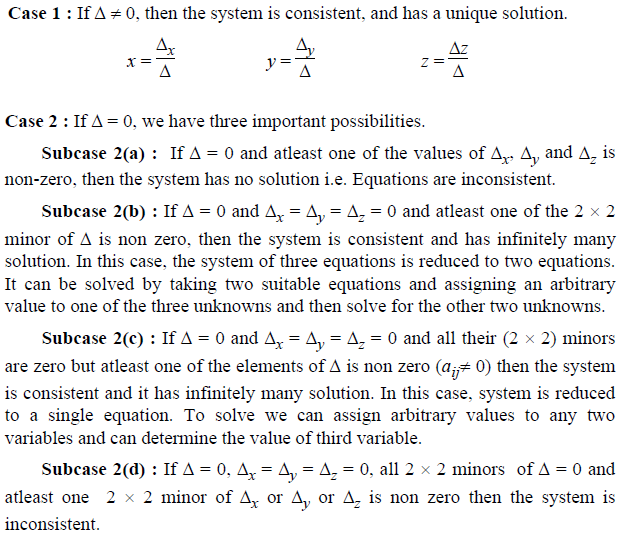